Motorola was one of the first companies to launch a smartwatch powered by Google’s software for wearables. But the Moto 360 was released seven years ago, and a lot has happened since then.

Apple entered and then began to dominate the smartwatch market. Motorola was acquired, sold, and divided up. And so the new Moto Watch 100 that went up for pre-order today has little in common with its predecessors. 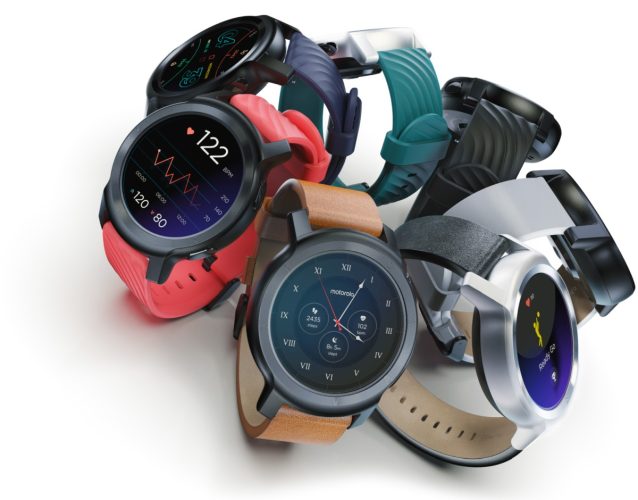 On the bright side, the new watch should get up to 14 days of battery life, which sounds great. It’s also pretty affordable, with a $100 price tag. But with a custom “Moto OS” operating system and no support for third-party apps, I’m not sure we can really call the Moto Watch 100 a smartwatch.

To be fair, it is designed to do many of the things you’d expect from a smartwatch. You can pair it with a smartphone for notifications, GPS features, or to control music playback on your phone. There’s a heart rate monitor, SP02 sensor for blood oxygen levels, and support for step counting, sleep tracking, and 26 different sport modes.

The watch has a 1.3 inch, 360 x 360 pixel circular display, support for Bluetooth 5.0 LE, a 355 mAh battery that can fully charge in 60 minutes, an accelerometer, gyroscope, GPS and GLONASS support, and a swim-proof design with water resistance for depths up to 5 atmospheres.

But it’s not coming from the same Motorola that made the original Moto 360. A company called eBuyNow has instead licensed the Motorola name for this wearable, and that’s the company that’s officially announcing the new product. 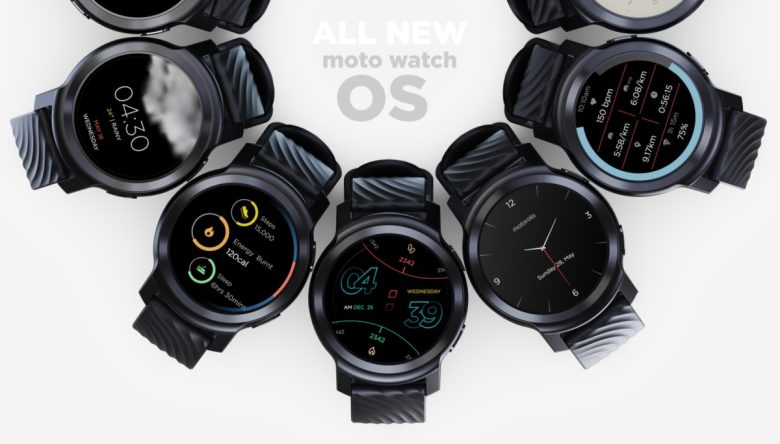 And with no support for third-party apps of any type, what you get when you buy the Moto Watch 100 is probably all you’ll get. So if you’re happy with basic features like activity tracking, smartphone notification and a few other apps including weather, alarm clock stopwatch, and timer, then $100 doesn’t seem like a bad price for a device with those features plus smartphone notifications.

But the Moto Watch 100 is hardly unique in offering those capabilities – Amazon, eBay, and AliExpress are littered with similarly affordable watches and activity trackers these days. The main thing the Moto Watch 100 has going for it is probably its name… which doesn’t actually mean very much in this case.