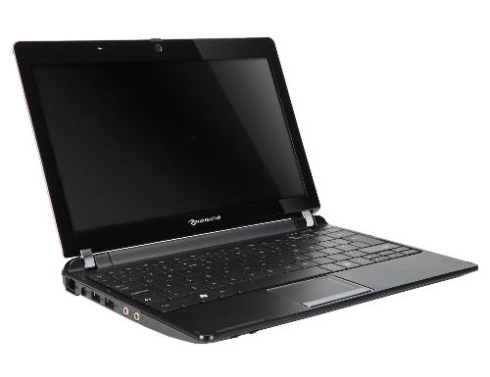 AMD may not be making as big a splash in the netbook space as Intel, or even VIA. But the company’s Athlon L110 64 bit CPU powers the Gateway LT3100 mini-notebook with an 11.6 inch display. At least, that’s what the notebook is called in the US. In Europe, it’s called the Packard Bell Dot M/A, but it’s basically the same machine (Acer owns both Gateway and Packard Bell).

We already knew the Dot M/A was available in Belgium. But now it looks like it’s shipping in the UK as well. Tesco is selling it for £349.00, or about $575 US. That’s a lot more than the $399 you’d pay for the Gateway version in the US, but computers do tend to cost more in the UK.

Hexus reports that the laptop should be available through additional retailers soon.