While Finnish startup Jolla recently introduced a new limited-edition (1000 units) smartphone called the Jolla C, for the most part the company is done making hardware and instead wants to license its Sailfish OS software for use on other phones.

Earlier this year, Intex unveiled the Aqua Fish, one of the first Sailfish OS phones from a company other than Jolla. Now a Russian company has introduced a Sailfish OS phone with more powerful hardware. It’s called the Oysters SF. 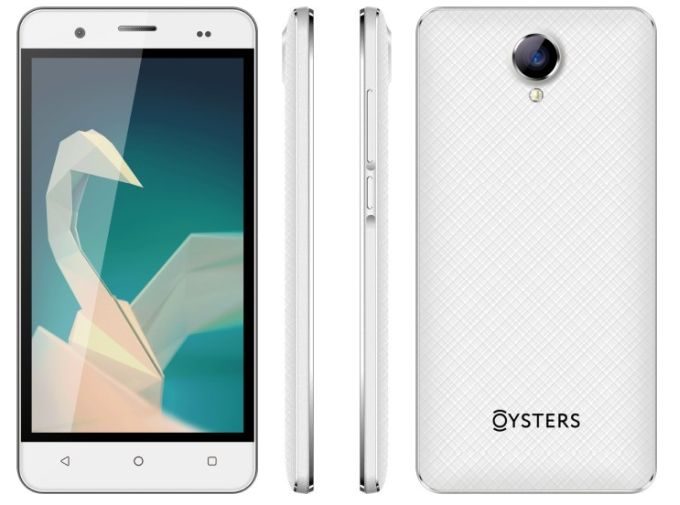 Sailfish OS is a Linux-based operating system with a unique user interface that relies heavily on gestures for navigation. It can also run some Android apps, as well as native software developed for Sailfish.

Jolla was founded by a group of former Nokia employees, and the Sailfish operating system has its roots in the MeeGo and Maemo Linux-based operating systems that were developed by Nokia and Intel before Nokia decided to shift its focus to Windows phones (and eventually sell its phone business to Microsoft).

It has a 13MP rear camera, a 5MP front-facing camera, dual micro SIM cards, and support for GSM and LTE networks.

While those specs aren’t all that impressive by 2016 smartphone standards, they’re good enough to make this one of the most powerful Sailfish OS devices to date… although the upcoming Turing Phone also has decent hardware, including a full HD screen, 3GB of RAM, and a Qualcomm Snapdragon 801 processor. That security-focused phone was originally designed to run Android, but the developers opted to switch operating systems before releasing the phone to the market.

via helpix.ru and GSM Arena