Nintendo is expected to begin showing off its next game console in January, even though the Nintendo Switch won’t be available for purchase until March. But ahead of both of those dates, it looks like Nintendo has submitted Switch-related documents to the FCC for approval.

The FCC website now has a listing for a “wireless game device” with the model number HAC-016. According to reports from earlier this year, HAC is the code-name for the console that was eventually revealed to be the Nintendo Switch. 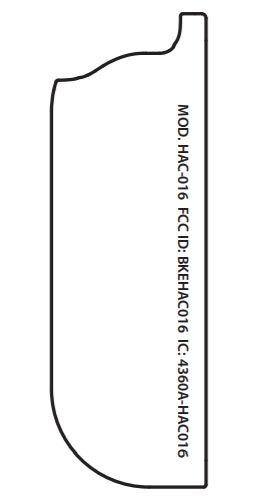 The Nintendo Switch is a sort of multi-function game console, consisting of a mobile tablet that can also be connected to a docking station in order to play games on a TV. When used as a mobile device, you can slide a set of “joy-con” controllers onto the sides of the tablet, or prop up the tablet on a table and use the wireless controllers for console-style gaming on the go.

The FCC documents don’t provide a lot of new details… and the only picture I can find is a little vague. It might be a picture of one of the joy-con gamepads which can be used in a variety of ways including: