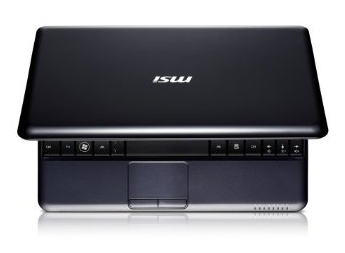 MSI’s Wind U210 is a 12.1 inch laptop that looks pretty much identical to the Wind U200 on the outside. But there are two big differences. First, the Wind U210 uses an AMD Neo processor and ATI graphics instead of an Intel chipset, and second it’s actually available in the US.

The one question I’ve had about the U210 since it was first announced is how well the battery holds up. Intel has a pretty good track record of putting out low power chips that offer decent if not stellar performance and long battery life. That’s not really where AMD’s strength lies. So while MSI claims that the Wind U210 should get up to 5 hours of battery life, the folks at Laptop Magazine found that the computer died after just 3 hours and 53 minutes of use. That’s not as bad as the AMD Neo-powered HP Pavilion DV2 which gives up after just 2.5 hours, but it’s nowhere near the 5-10 hour run time I’ve grown accustomed to seeing from netbooks.

Of course, none of this should be a surprise. French site Blogeee did some extensive tests of the Wind U210 battery recently. But the Laptop review also looks at the notebook’s design, keyboard, display, performance, and other features. The verdict? The MSI Wind U210 is a pretty good laptop for the price. It lists for $479, but you can pick it up for $429 from Newegg