Available now for $200 and up, the little computer is also one of the first to be powered by an Amlogic A311D2 processor. 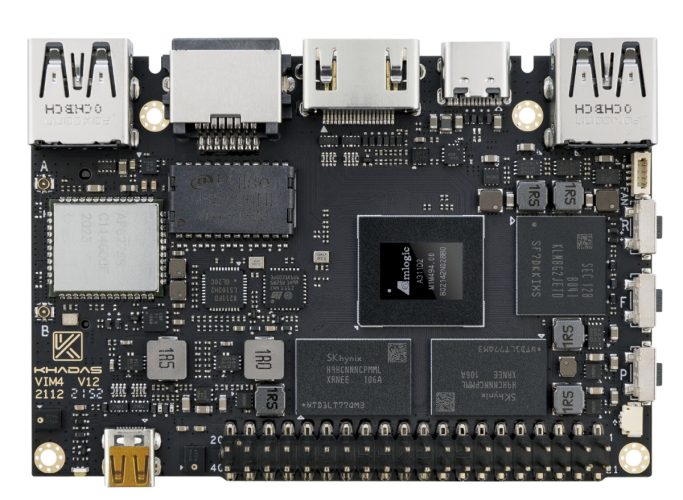 That’s an octa-core chip that features:

The chip has native support for HDMI 2.1 and 8K/24Hz AV1 video decoding, and 4K/50Hz H.254 and H.265 video encoding, which could make it a powerful option for media applications. In addition to HDMI output, there’s a micro HDMI input that could also make the little PC useful as a video capture and/or encoding device. 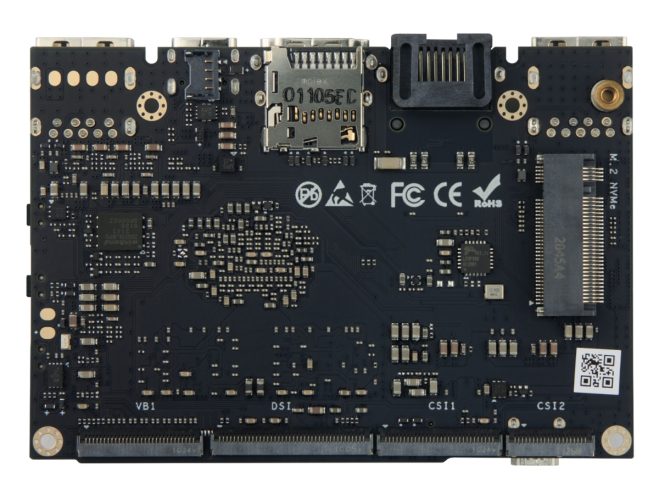 The VIM4 ships standard with 32GB of eMMC 5.1 flash storage, but there’s also a microSD card reader, a PCIe 2.0 slot with support for an optional M.2 2280 NVMe SSD, and two USB Type-A ports that can also be used for additional storage and two built-in microphones.

There are also three physical buttons for power, function, and reset, and two LEDs (one white, one red). The Khadas VIM4 supports Ubuntu 22.04 and Android 11 software and uses a mainline Linux kernel.

While the VIM4 has a list price of $220, it’s currently on sale for $20 off as part of a launch promotion. Those are the prices for just the board, but if you add another $20 to the purchase price you can also get an “active cooling kit” with a fan and heat sink to help keep the computer from overheating during operation. 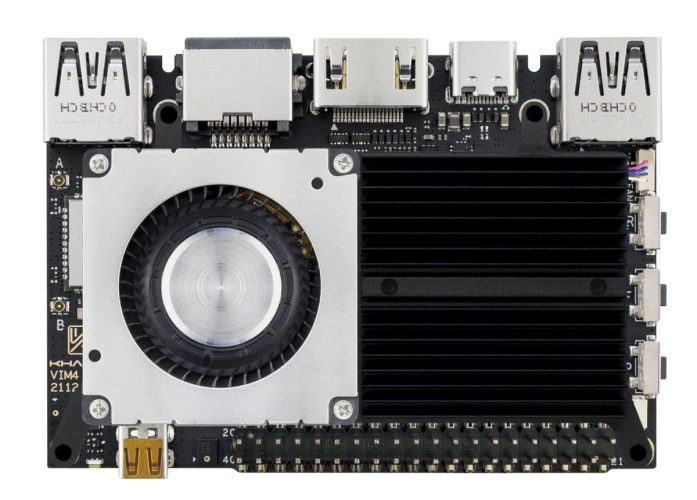 If you want an idea of what kind of performance to expect from the single VIM4, CNX-Software is in the midst of publishing a multi-part review. The latest portion features notes on installing and configuring Android 11 as well as results for some benchmarks run within that operating system.

This article was originally published May 6, 2022 and most recently updated May 10, 2022 with additional images as well as pricing and availability information.