Intel introduced a new family of tiny, low-power chips aimed at wearable devices and other pieces of the “internet of things” in September, 2013. But apparently the Intel Quark system-on-a-chip and Edison platform for wearable devices isn’t quite ready to go, so Intel has announced its expanding its wearable platform to include Intel Atom chips. 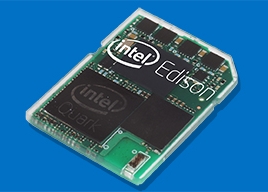 The new Intel Atom processors are based on the same “Silvermont” platform as the company’s Bay Trail chips for tablets, notebooks, and other devices. But the new wearable chips are designed to run at lower speeds (and presumably use less power).

Intel says boards with the new Atom chips for wearables feature a 500 MHz dual-core, dual-threaded CPU, an MCU, and 30 input and output interfaces and a small 70-pin user interface.

While the Atom boards will launch first, Intel still hopes to bring its Edison boards to market this summer. Based on the Quark SoC, that board will be a little bigger than an SD card (remember when we used to use postage stamps for comparison instead of flash storage cards?) 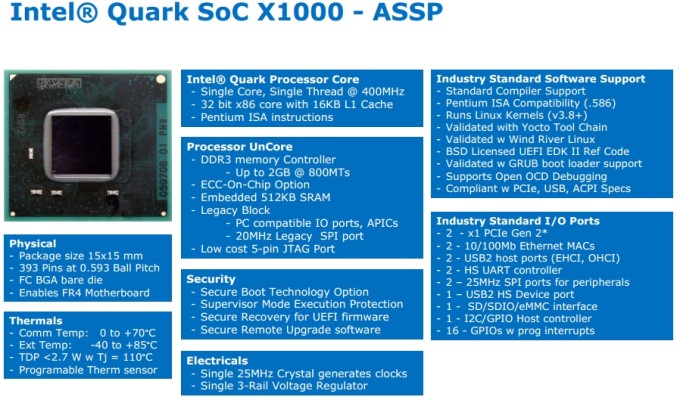