Online video service Hulu lets subscribers stream thousands of TV shows and movies for a monthly fee. The service has gone through some big changes in recent years. There’s no longer a free version of Hulu, and subscribers can now choose to from an ad-support subscription plan or a more expensive ad-free tier.

There are more big changes coming this year. Hulu has already outlined plans to launch a live TV service in 2017. And in an interview with AdWeek, Hulu CEO Mike Hopkins says video downloads are also coming soon. 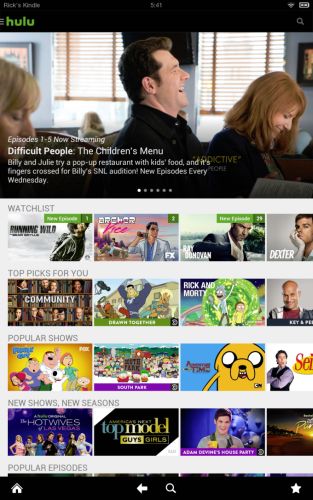 Rivals Amazon Prime Video and Netflix already allow users to download some movies and TV shows for offline viewing, but neither of those services really focus on live TV yet.

In that arena, Hulu will be competing with other internet video startups including Sling TV, PlayStation Vue, and DirecTV Now.

Hopkins says one thing that will set Hulu’s live TV service apart is support for CBS, which will give the service access to all four major broadcast networks.

Another interesting tidbit from the interview: Hopkins says even though Hulu now offer ad-supported and ad-free subscription options, the cheaper service with ads is still more popular with subscribers. But he says there’s data that does suggest users who weren’t willing to pay for a service with ads have come on board now that there’s an ad-free option, boosting Hulu’s overall subscriber numbers.