Nest makes smart home products including a thermostat that learns from your behavior and adjusts the temperature automatically and a connected smoke detector.

Google spent over $3 billion to acquire Nest in January… suggesting that the company saw big potential in the idea of connected home products. Now Nest is launching a Works with Nest developer program that could unlock some of that potential.

Nest is already partnering with companies including Mercedes, Jawbone, and IFTTT to turn the Nest into much more than an expensive thermostat. 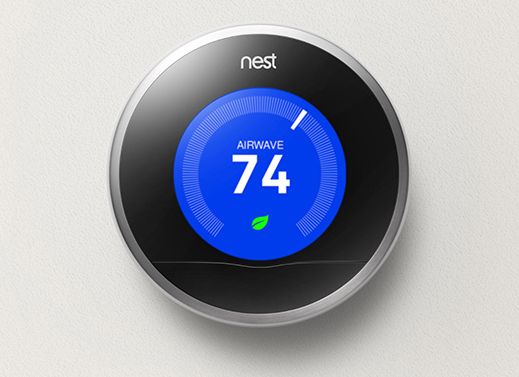 For instance, Nest can detect when your car is approaching your home and adjust the temperature accordingly so that you’re comfortable as soon as you step in the door.

Or if you wear a Jawbone UP24 activity tracker, it can tell the Nest when you’re asleep so that the thermostat can tweak the temperature and then change it again when you wake up.

LIFX makes WiFi-enabled LED light bulbs, and the company has software that can turn your lights red when the Nest Protect detects smoke, making sure that if you don’t hear an alarm, you’ll see it.

These are just some of the early apps and devices that can tap into the Nest API. This fall you’ll be able to use Google Now to adjust the temperature by talking to your phone. IFTTT lets you create your own “if this, then that” recipes to send a text message when smoke is detected.

Nest labs also spent over half a billion dollars recently to acquire Dropcam, a company that makes connected cameras that make it easy to set up an internet-connected camera or motion sensor for home security, baby monitor, or keeping an eye on your pets while you’re on the go.

All told, it’s pretty clear Google is interested in exploring the possibilities of the connected home.