When Microsoft started making its own PCs in 2012, it seemed to go against the software maker’s long history of not competing directly with the companies that license its Windows operating system. For the most part the company’s Surface line of tablets, laptops, and other computers have been niche products, so it hasn’t looked like Lenovo, HP, Dell, Acer, or Asus had too much to worry about.

But now Gartner says during the last quarter Microsoft managed to become one of the top five PC makers in the US (at least in terms of shipments). 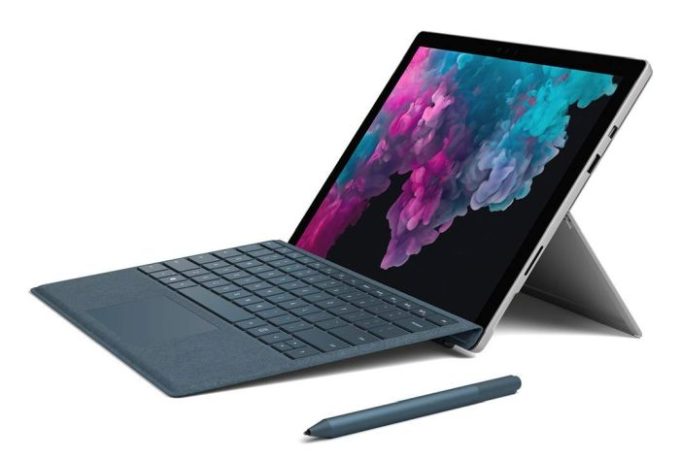 To be fair, Microsoft is in a distant 5th place, with a four percent US market share. That puts it well behind Lenovo (with a 12.6 percent market share), Apple (14.8 percent), and Dell and HP (with 26 percent, and 29.5 percent, respectively.

And the global picture looks entirely different, with Lenovo and HP dominating the field, followed by Dell, Apple, Acer, and Asus. Microsoft doesn’t make it into the top five.

One thing to keep in mind is that Gartner’s numbers include Surface tablets, but not Chromebooks or iPads. I think that’s probably a bad call on Gartner’s part.

You could certainly make the case that a Surface tablet with Windows is more suited for use as a laptop or desktop replacement than an iPad Pro running iOS. But the distinction gets smaller every year, as Apple adds features to iOS and third-party app developers (including Microsoft) bring versions of popular software such as Photoshop or Office to Apple’s “mobile” operating system.

Chrome OS, meanwhile, was always designed to be a desktop operating system. And the app and performance gap between Chromebooks and Windows computers is also getting smaller and smaller — especially now that it’s possible to run Linux desktop apps on many Chromebooks.

So… take these Gartner figures with a grain of salt. Still, it’s interesting to see Microsoft make the chart at all. Apparently the company really is competing with its licensees in the PC space.

7 replies on “Gartner: Microsoft is now one of the top 5 PC makers (in the US)”