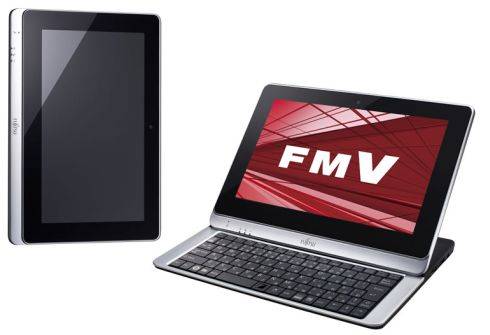 When Fujitsu introduced the Lifebook TH40/D last month, the company promised that the tablet PC with a slide-out keyboard would go on sale by the end of June, in Japan at least. But now the company has pushed back the release date indefinitely. It doesn’t look like the computer is being cancelled, but it is being delayed.

The Fujitsu Lifebook TH40/D is one of the more interesting Windows 7 tablets announced this year. It features 10.1 inch display, a 1.5 GHz Intel Atom Z670 Oak Trail processor, 120GB hard drive, and 1GB of RAM. It weighs 2.4 pounds and measures about 0.7 inches thick — making it a behemoth when compared with thin and light consumer tablets such as the iPad 2 or Samsung Galaxy Tab 10.1. But it’s actually surprisingly light for a Windows tablet with a full QWERTY keyboard.

Samsung introduced a similar device in January. But six months later the Samsung Series 7 Sliding PC has yet to actually ship.