Fujitsu has announced a brand-new Arrows Tab and four new additions to their Lifebook line-up. They’re all powered by Intel Skylake processors, come with Windows 10 Pro, and they’re heading to retail shelves by the middle of next month. 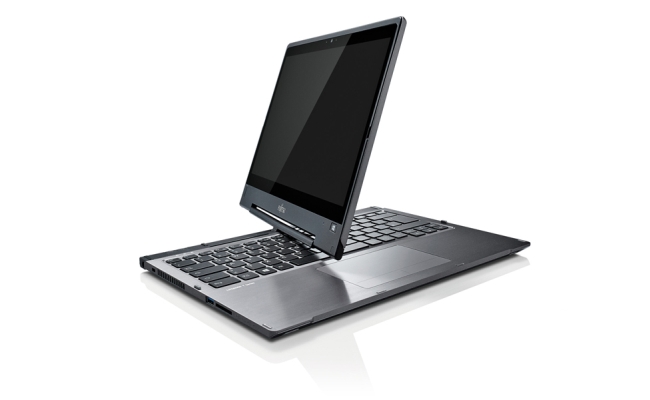 Looking for something that’s a little bit sturdier? Fujitsu also has a ruggedized Skylake option for you, the Lifebook E746. It’s MIL-STD 810G rated and capable of running in -20c temperatures for several hours, surviving shocks up to 20Gs while running, and withstanding 36-inch drops. Pop in the expansion bay battery, and the E746 will go for around 20 hours between charges. You pay more for this kind of durability and endurance, of course: the E746 with a COre i5, 4GB of RAM, and a 13.3-inch, 1366×768 display is priced at $1449.

Fujitsu made some other interesting additions to their product line. They’re not typical Liliputing fare, since they’re part of Fujitsu’s desktop and workstation range. They are worth mentioning, though, because even though they’re brand new models, the CELSIUS J530 and four new Esprimo machines are shipping with 4th and 5th-gen Intel Core processors.

Why? Because that makes them eligible for long-term support with Windows 7 and 8.1, and not everyone is keen to let Microsoft coax  upgrade to Windows 10.