Most of the tablets Coby is introducing this year feature ARM Cortex-A9 processors and support for the Google Play Store, suggesting that Coby’s cheap tablets are starting to bridge the performance gap with higher-end tablets from Asus, Samsung and others.

And then there’s the Coby MID4331. It sell for just $81 and lacks Google Certification, which means it comes with the GetJar app store instead of Google’s Play Store. It also has a slower ARM Cortex-A8 CPU. 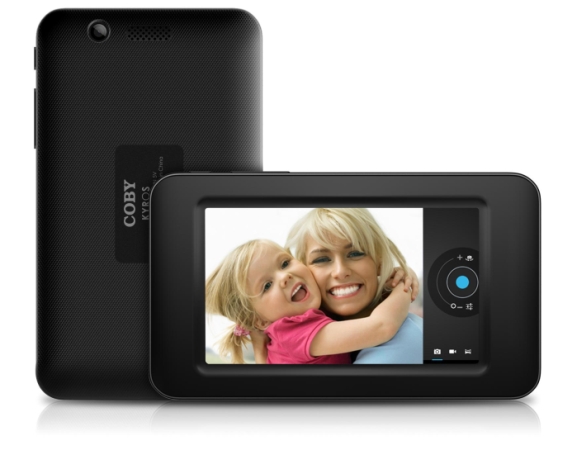 The Coby MID4331 is powered by a 1 GHz Allwinner A10 single-core processor and 512MB of RAM. It has 4GB of built-in storage and runs Android 4.0 Ice Cream Sandwich.

It also has a microSD card slot for up to 32GB of additional storage.

While Coby calls the MID4331 a tablet, it’s probably best to think of it as a cheap device for watching videos, listening to music, and surfing the web. It’s like a poor man’s iPod touch… or more likely, a poor kid’s.

The MID4331 passed through the FCC website this week, and you can order it from Neobits for $80.95, although the device is on backorder at the moment.

7 replies on “Coby introduces an $81 Android mini-tablet with a 4.3 inch screen”