BLU offers a range of low-end and mid-range Android smartphones with decent specs and even better prices. Most of the company’s recent phones have shipped with Android 4.2 Jelly Bean software, an aging version of Google’s mobile operating system.

Soon at least 8 of those phones will receive a software update that brings Android 4.4 KitKat. 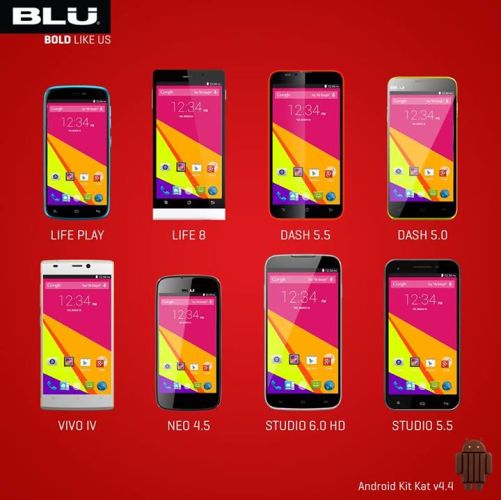 BLU says it’s also hoping to bring the update to devices that aren’t on the list, but testing for these 8 devices will begin in the next few days:

I regularly hear folks lament that while BLU offers affordable phones, you shouldn’t buy one expecting regular software updates. So it’s nice to know that BLU does plan to bring new features (and security enhancements) to at least some of its devices .

Among other things, the update should bring a new phone dialer app, support for immersive apps which hide the status bar and navigation buttons, and many new features that were introduced in Android 4.3… which BLU is skipping over to get to Android 4.4.