After briefly dabbling with touchscreen-only phones, it looks like BlackBerry is getting back to developing phones with physical keyboards. The move probably won’t help convert iPhone addicts stick their phones in a blender and go buy a new BlackBerry. But it could help the company hold onto existing customers who prefer the feel of an actual keyboard to a virtual on-screen one.

The recently launched BlackBerry Passport has an entirely new, touch-sensitive and tiny keyboard below an enormous square screen. The upcoming BlackBerry Classic takes a different approach by packing a relatively high-resolution square display over a more traditional looking thumb keyboard.

While BlackBerry hasn’t shared many details about the upcoming Classic yet, a series of leaked photos and specs paint a pretty goo picture of what to expect. 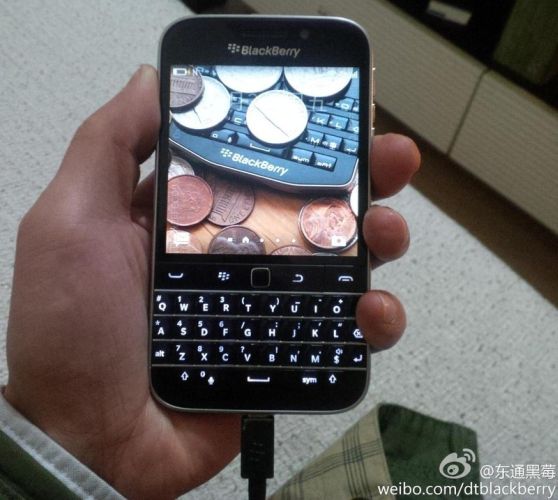 The BlackBerry Classic is expected to launch before the end of 2014, and if reports from N4BB, CrackBerry, and a number of their sources are correct, the phone will have:

Other features are said to include NFC, Miracast wireless display support, and video output via SlimPort.

All told, the BlackBerry Classic packs a lot of the features you’d expect from a modern smartphone… in a package that looks more like a traditional BlackBerry device aimed at folks who spend a lot of time using a mobile device for email, SMS, and other messaging tasks.

The phone’s also a lot smaller and easier to slide into a pocket than the BlackBerry Passport, which has a 4.5 inch square display and a body the size of an actual passport.