Asus is embiggening its Fonepad line of Android tablets with voice calling capabilities. Just in case the original-sized 7 inch Fonepad wasn’t big enough for you, there’s now an Asus FonePad 8 (FE380CG) with an 8 inch screen. 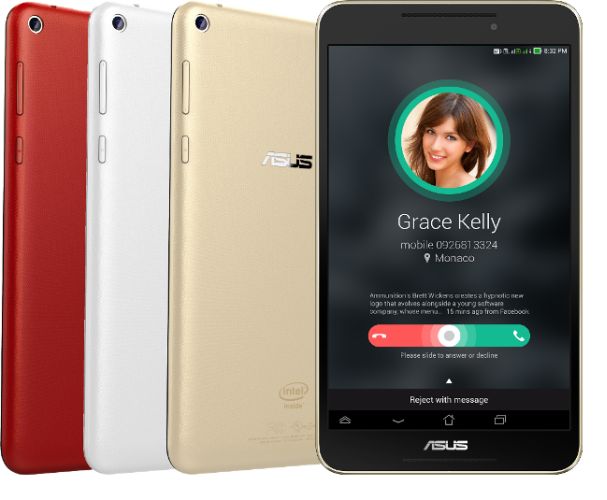 The device has stereo front-facing speakers, dual SIM support, and the ability to act like an enormous phone as well as a tablet. It supports 3G networks, but lacks 4G LTE support.

Mobile Geeks reports the phone/tablet/whatever you want to call it will have 1GB of RAM, 8GB or 16GB of storage, and Android 4.4 KitKat software with the Asus ZenUI user interface. It has a 5MP rear camera and 2MP front-facing camera.

Asus is also updating its FonePad 7 tablet with a new model featuring an Atom Z3560 Moorefield chip. While the screen is a bit smaller, the rest of the specs including stoage, memory, and display resolution for the Asus Fonepad 7 FE375CG are the same as those for the new Fonepad 8.