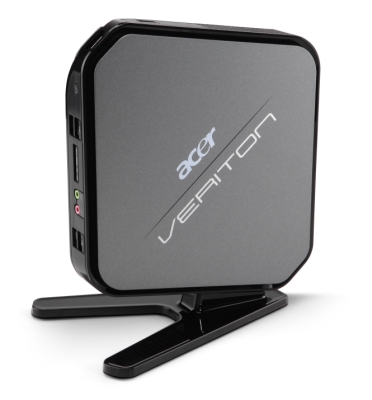 Acer has unveiled two new mini-desktop computers as part of its Veriton lineup. They should both look pretty familiar to anyone who has ever seen the Acer Aspire Revo 3700, since they’re basically the same computer with a different sub-brand name slapped on the side. Acer is also pushing the Veriton series with Windows 7 Professional and higher price tags than the Aspire Revo.

While Acer is emphasizing the multimedia playback capabilities of the N282G, the N281G is described as “ideal for basic office tool users as well as for kiosks, hotel front desks, call centers and office receptionists.”