SolidRun offers a line of tiny, low-power computers and development boards including the CuBox and HummingBoard. Up until now, most of the company’s products have featured ARM-based chips from Freescale and Marvell. But now SolidRun has unveiled its first products to feature an Intel processor.

The SolidRun Braswell SOM is a basically a little computer with an Intel chip on a 2.1″ x 1.6″ board. If you want to use full-sized USB, HDMI, and Ethernet ports, you’ll probably want to attach it to the SolidPC Q4 Carrier board though. 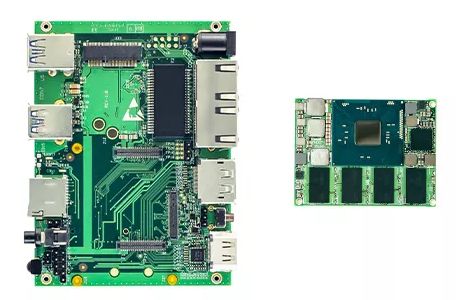 Neither product is available for purchase yet, but both are listed as “coming soon.”

While the new Braswell-powered products from SolidRun probably have enough power for use as personal computers, they’re positioned as systems for industrial, enterprise, or DIY applications, and probably won’t be the cheapest options if all you want is a mini PC to stick next to your TV.