Gene Roddenberry’s Star Trek told a tale of a future society where scientific exploration and curiosity were highly valued, racial and ethnic disputes on Earth were a thing of the past (although getting along with aliens is a bit more challenging), and wearing a red shirt is never a good idea.

But one Star Trek gadget has been capturing geeky imaginations for decades – the tricorder. This handheld device could be used to scan, record, and analyze data on alien worlds, diagnose diseases in patients, or perform other actions that seemed nearly magical not so long ago. 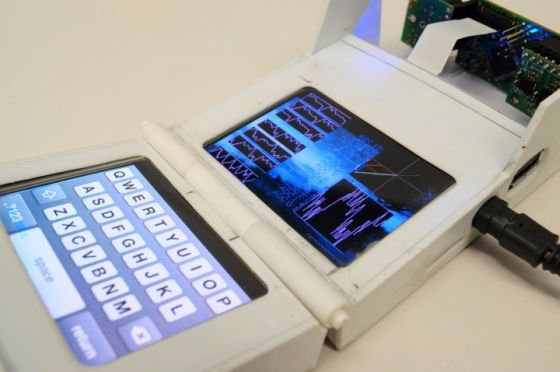 Apparently the future starts today though… because you can build your own primitive tricorder using designs from Peter Jansen.

He’s been trying to build real-world tricorders since 2007, and now he’s making the designs for some of his earlier models available to the public at the Tricorder Project.

The Tricorder Mark 2 is designed around a a 180MHz Atmel AT92RM9200 microcontroller, two 2.8 inch, 320 x 240 pixel OLED displays, and resistive touchscreens. It has 32MB of RAM and a microSD card for the Linux operating system and data.

Of course, a tricorder is only as good as the data it can collect, and the Tricorder Mark 2 is choc full of sensors for measuring:

It also has a GPS receiver and an IR non-contact temperature sensor.

The Tricorder Mark 2 may not help you scan for signs of life when you set foot on an alien world, but it’s not bad for early 21st century technology.

Jansen is already working on a new model that will be cheaper to produce.