But before that happens, Nintendo plans to release a different mobile game: Fire Emblem Heroes. It’s a role playing/tactical game, and this time Nintendo is coming to Android before iPhone. 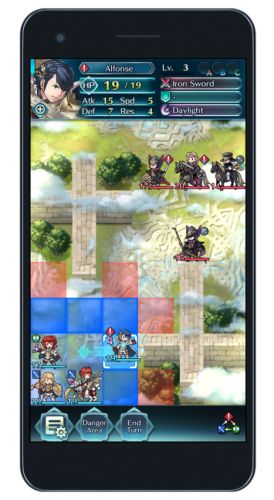 Nintendo’s Fire Emblem series of games have been available for game consoles for years, but this is the first game in the series designed for mobile devices. It has a new story, a design that’s optimized for small screens, and touch-based controls.

Unlike Super Mario Run, which is a $10 title for iPhone users, Fire Emblem Heroes will be “free-to-play,” which means you’ll be able to download and play the free of charge, but there will be in-app purchases for some items or features.

Fire Emblem Heroes will be available for iPhone and iPad in the future, but Nintendo hasn’t said when that will be.