A few ago Pricebaba and @OnLeaks posted a set of pictures allegedly showing the design for Google’s next flagship phone. Now, in a rather unusual move, Google seems to have confirmed the leak.

The company tweeted a picture showing the back of the upcoming Pixel 4 smartphone, complete with a square camera section featuring what appears to be dual cameras, an LED flash, and… no visible fingerprint sensor.

Google usually holds its cards pretty close to the vest, so confirming the rumors is a bit surprising… especially for a phone that probably won’t ship until sometime this fall. 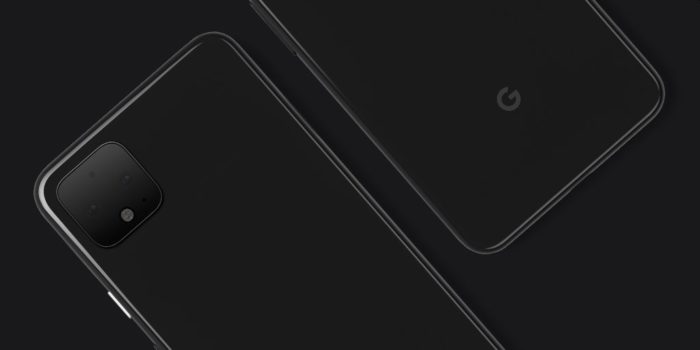 Unless Google is trolling us, this would be the first Pixel smartphone to feature dual rear cameras. Up until now Google has relied on software for things like portrait-mode photos with blurred backgrounds and “super res” digital zoom.

It’s unclear what the second camera in the Pixel 4 does, but I’m hoping for optical zoom. For that reason alone I suspect it’s a wide-angle camera.

Google has also been placing fingerprint sensors on the back of its smartphones since the Nexus days. So the decision to leave one out suggests that the company is either moving to an in-display fingerprint sensor or getting rid of the sensor altogether… possibly using face recognition or iris scanning as a replacement.

Another rumor making the rounds suggests that the phone could be the first to ship with Google’s “Project Soli” radar chip that would allow you to interact with the phone without touching it by making gestures nearby, and it may have a display that can automatically adjust the white balance based on ambient brightness, much like Apple’s True Tone display. Google hasn’t said anything about those last two rumors yet.

Well, since there seems to be some interest, here you go! Wait ’til you see what it can do. #Pixel4 pic.twitter.com/RnpTNZXEI1