ZTE has been asking the public to help it come up with ideas for new products, and now the company has announced three finalists from its Project CSX effort to crowd-source product design.

Those finalists include a phone designed to be easy to use without touching it, thanks to an eye-tracking system, a smart glove that can help you learn to play musical instruments or solder circuits, among other things, and a virtual reality headset that’s meant to be used underwater.

ZTE isn’t necessarily committed to building all of these products yet, but these three concepts now move on to round two of Project CSX, with an invitation for people to submit design concepts to refine the ideas.

The company says there’s also time to submit another complete concept, including both an idea and a product design. Ideas submitted by September 30th will be eligible to earn a place as a wildcard submission.

As things stand, ZTE has selected three relatively popular ideas that judges have determined could stand a realistic chance of being developed as real-world products in 2017.

The eye-tracking phone would use two laser-focused cameras to track eye movements and let users scroll up and down while reading books, for example. The original proposal for this system also includes a split-screen mode that lets you fit two different bits of content on the phone at once, and a self-adhesive backing to help hold the phone steady while the eye-tracking system is in use. 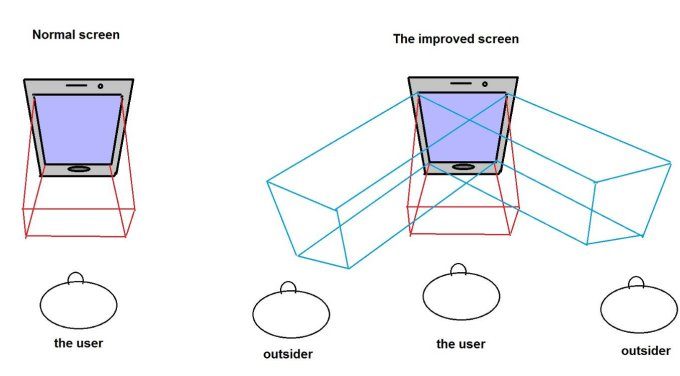 The Powerglove is a programmable glove that can guide your hands and fingers.

Developers could pre-record motions and then create an Android application that users could download. When the application is run, it would help users learn to perform physical activities.

The ZTE VR Diving system, meanwhile, would basically be a virtual reality headset that’s not just splash-proof, but fully submersible, thanks to IP67 waterproofing. 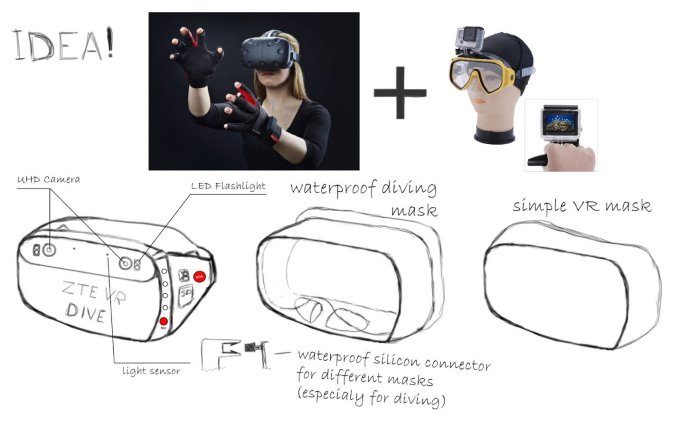 There’d also be cameras located on the front, allowing you to record your underwater adventures or experience augmented reality, with virtual experiences overlaid on your real-world environment. For instance, you could go for a swim in your backyard pool and virtually experience a coral reef halfway across the world.

Other features would include proximity sensors and LED lights to illuminate your path.

Voting on the concept designs begins in early October, and ZTE will consider the votes (and other factors) when choosing one product to actually build next year.