The first smartphone with an under-display selfie camera went on sale late last year. And while the ZTE Axon 20 5G is a remarkable looking phone that has slim bezels and no hole or notch in the display for the camera, it turns out that it’s not very good at actually taking pictures using the hidden selfie camera.

According to the camera experts at DXOMARK, the Axon 20 5G’s front-facing camera is one of the worst that they’ve tested.

The good news is that ZTE has already announced plans to showcase its 2nd-gen under-screen camera technology next week. 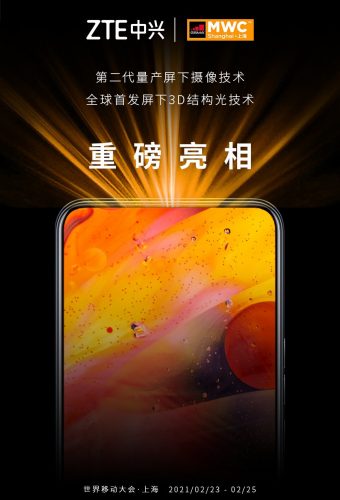 ZTE says the new camera system includes “the world’s first under-screen 3D structured technology,” although we don’t know what that means in terms of image quality yet.

The company is expected to use the new display in an upcoming ZTE Axon 30 Pro flagship phone with a Snapdragon 888 processor, indicating that ZTE thinks its under-screen camera is flagship-worthy, unlike the first-generation which shipped in the mid-range Snapdragon 765-powered Axon 20 5G, where a lower price tag might lead people to be more forgiving of an awful selfie camera experience.

According to DXOMARK, the Axon 20 5G’s front camera struggles with color reproduction, a narrow depth of field that leads to blurry photos for photos where the subject is more than a few feet away, lack of detail, and random errors or “noise” in photos.

With a score of 26 points on DXOMARK’s test, the only phone in the team’s database with a lower score is the Intex Aqua Selfie, a budget smartphone from 2019 that sold for less than $65 in India.

Hopefully the next-gen version of ZTE’s under-screen camera is at least a little better.

via MyFixGuide, GizmoChina, and NotebookCheck