Chinese device maker ZTE plans to ship one of the first smartphones featuring an NVIDIA Tegra 4 processor. We already knew that. What we didn’t know was that the handset would be cheaper than a Google Nexus 4.

The ZTE GEEK U988S is expected to launch in China soon, where it will sell for about $320. 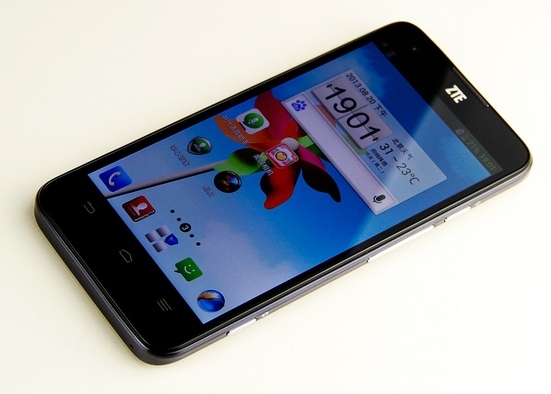 That’s the price for an unsubsidized phone, which means that if and when ZTE brings the handset to the US, it’ll probably cost even less (up front) when you sign up for a long-term service contract.

ZTE’s phone is expected to have a 5 inch, 1920 x 1080 pixel display, 2GB of RAM, Dolby Digital Audio, and a 13MP camera. It runs Android 4.2.1 Jelly Bean. It’s a GSM/TD-CDMA phone, which means this particularly model is probably only going to be available in China. But ZTE is working hard to break into international markets, and we may eventually see variations of the phone in other areas.

The rear panel is removable, allowing you to swap out the 2300mAh, 8.8Whr battery, SIM card, and microSD card.

NVIDIA’s Tegra 4 chip is a 1.8 GHz quad-core ARM Cortex-A15 processor, and it’s one of the fastest ARM-based processors available today. It’s the same chip used in the NVIDIA Shield handheld game console and the Toshiba Excite Pro tablet. The ZTE Geek U988S is expected to be one of the first phones to use the processor.

You can find more photos of the upcoming phone at cnmo.