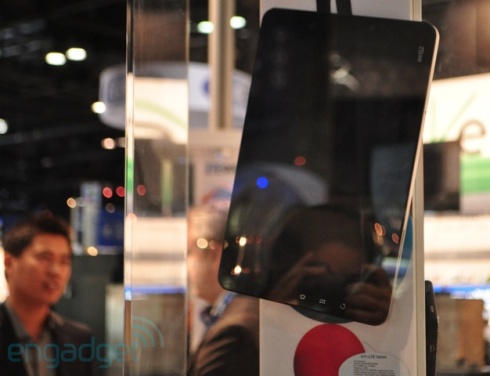 Chinese device maker ZTE has a habit of showing off smarpthones and tablets at US and international trade shows without ever actually bringing them to the US. Now Engadget reports that ZTE plans to launch a 10 inch Android tablet in the US this year.

The tablet is called the V11-LTE, and it looks like it will support LTE, HSPA, and WCDMA wireless networks. It features a 1280 x 800 pixel 10 inch display and run Google Android 3.0 Honeycomb. It will be powered by a 1.2 GHz processor, and it will have a 6800mAh battery which is pretty large by today’s tablet standards, but the company is only promising 5.5 hours of video playback time or 120 hours of standby time.

The ZTE V11-LTE tablet has a 5MP rear camera and a 1.3MP front-facing camera, a g-sensor, GPS, 802.11b/g/n WiFi, Bluetooth, and FM radio. The tablet will also be able to make voice calls and send text messages — but I wouldn’t be surprised if US carriers disabled those functions before selling the tablet in the States. The European version of the Samsung Galaxy Tab can also make phone calls, but the US version cannot.