At first glance, the ZTE Taichi W100D looks like a USB hub or docking station. It’s about the same size and shape and has a similar set of ports. It weighs just 55 grams (about 2 ounces), and it’s small enough to slide into a pocket.

But ZTE is positioning the device as a “Cloud Computer” that basically lets you use any display as a PC by streaming a virtual computer over the internet from a remote server using ZTE’s Cloud Computer technology. 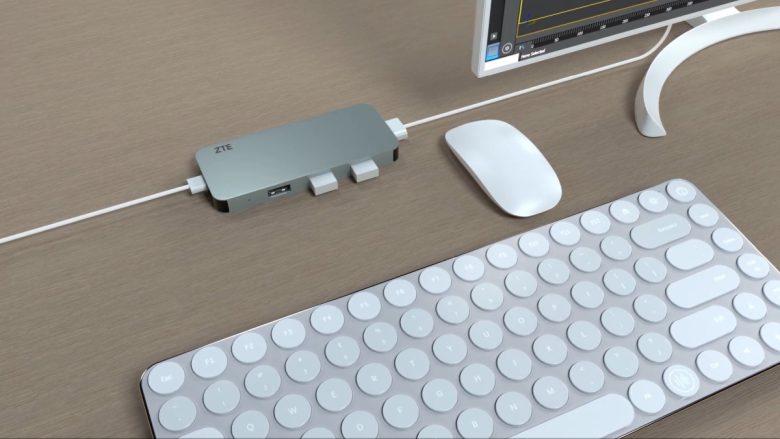 As best as I can tell, this is an enterprise device that probably won’t be marked to consumers… and it’s not that different from thin client devices that have been around for decades. It’s just a whole lot smaller than most.

A thin client is also typically a stripped-down computer in its own right. While you don’t typically need a lot of storage or memory or a particularly fast processor, you do need some technology under the hood in order to connect to a server.

ZTE hasn’t shared many details about what’s actually under the hood of the Taichi Cloud Computer W100D, but a short promotional video shows that it has:

That should be enough to allow you to easily connect the device to the internet, hook up a display and wired or wireless mouse and keyboard, and begin working. When you’re done, you should just be able to unplug the device and take it with you for safe keeping or for use at another location.

via GizmoChina, MyDrivers, and GamingSym