This week the US Department of Commerce announced that it was banning US companies from selling goods to ZTE, a China-based company that sells smartphones and other items in the US and around the world.

Now ZTE has issued a response which basically boils down to a few points. First, the company insists that it’s been working toward compliance with US export controls (the whole issue arose because ZTE is said to have violated US sanctions by shipping devices with components from US companies to Iran and North Korea).

The second is that the US order would “not only severely impact the survival and development of ZTE, but will also cause damages to all partners of ZTE including a large number of US companies.” 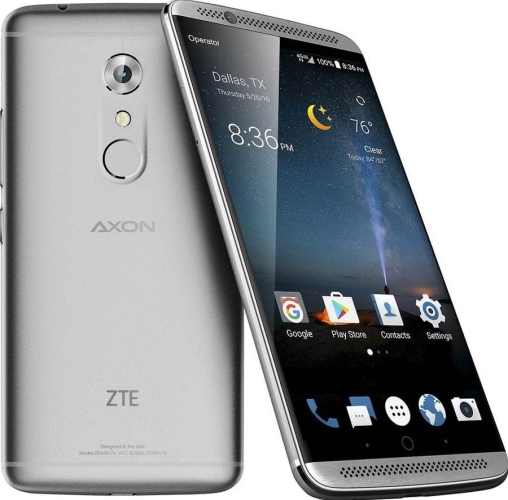 The US Department of Commerce reached a deal with ZTE a few years ago that had the company paying a fine of up to $1.2 billion. That deal also included a 7-year ban that would prohibit US companies from selling goods to ZTE, but that ban was suspended.

US officials activated it this week, claiming that ZTE hadn’t met its obligations under the agreement because, among other things, it failed to take promised disciplinary action a group of employees said to be involved in circumventing the trade restrictions on Iran and North Korea.

ZTE claims that it’s made progress toward coming into compliance with the 2016 agreement and that the company “has taken measures against the employees who might have been responsible.”

Now the company says it “will not give up its efforts to resolve the issue through communication, and we are also determined, if necessary, to take judicial measures to protect the legal rights and interests of our company, our employees, and our shareholders.”

It remains to be seen whether the Commerce Department is still open to talking… or if ZTE will have any success if it takes the matter to court.

But it’s is pretty clear that fighting the US ruling is pretty much ZTE’s only option.

If and when the US begins enforcing the ban, it would prevent ZTE from purchasing Qualcomm chips. Right now many of the company’s phones are powered by processors from the US-based company.

That alone would be a major blow, but ZTE could opt to use chips from rival companies such as MediaTek or even Samsung.

But there’s also been some speculation that the ban would affect ZTE’s ability to ship phones running Google’s Android operating system… or at least the version of Android familiar to most people.

Android is an open source operating system that anybody can download and use on their devices. So even if Google and ZTE aren’t allowed to do business with one another, there’s nothing stopping ZTE from loading Android on its phones.

But Google Mobile Services (GMS) are another story. Google tightly controls certification for GMS and prevents companies that don’t quality from loading the Google Play Store, Google Maps, Gmail, YouTube, and other apps on their phones. A US ban could prevent ZTE from shipping phones with GMS.

That wouldn’t be a problem in ZTE’s home country of China, where GMS is not available and phone makers typically ship Android phones with third-party app stores. But it’d make ZTE’s phones significantly less attractive to the rest of the world… and it could effectively drive ZTE out of the global smartphone market.

As things stand, there’s enough confusion about the future of ZTE phones that some folks are already advising people not to buy ZTE phones, since it’s unclear if ZTE will be able to continue supporting its devices.