If you want an Android smartphone that gets the latest versions of Google’s operating system as soon as they’re available, you typically have to get a Nexus or Pixel. Most other phone makers take their time releasing Android updates… if they do it at all.

Three months after Google released Android 7.1.1 for Pixel and Nexus devices, there aren’t many third-party devices running the software yet.

But now there is at least one: ZTE is rolling out an Android 7.1.1 update for the Axon 7 smartphone. 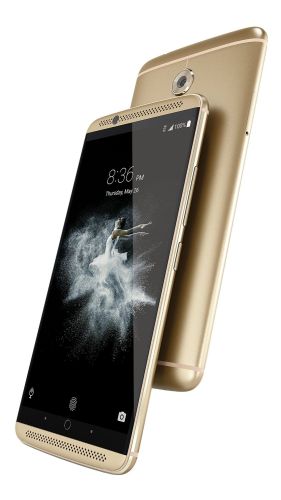 As Android Central notes, that makes the Axon 7 one of the first to get an update that brings the latest version of Android. It’s particularly interesting because ZTE has historically had an imperfect track record for offering timely updates.

The ZTE Axon 7 launched in the summer of 2016 as a $400 smartphone with flagship-level specs including a Snapdragon 820 processor, a QHD display, 4GB of RAM, and 64GB of storage.

In addition to Android 7.1.1, the new update adds support for WiFi calling if you’re a T-Mobile customer, Daydream optimizations, and all Google security updates released through February, 2017.