ZTE’s new Projector Hotspot is a small device that you can use to share a 4G LTE internet connection with up to 8 users. But unlike most hotspots, this model has a built-in pico projector that can shine 1080p content on a display up to 120 inches. 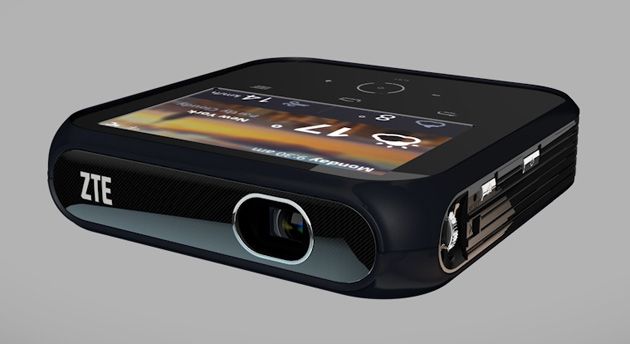 The Projector Hotspot runs Google Android 4.2 and features a 4 inch, 800 x 480 pixel display which you an use to manage the controls. You can connect a device via HDMI or WiFi and use the little guy to shine your movies, pictures, presentations, or other content on a big screen.

ZTE plans to launch the Projector Hotspot in the US later this year, but no price has been announced yet and its not clear what wireless networks the device will support.

This might not be the kind of convergence I was expecting to see in 2014, but this is hardly the first time we’ve seen a projector packed into an unusual place.

6 replies on “ZTE Projector Hotspots gets you online, shines videos on a wall”