Firefox OS is a mobile operating system based on open source software, designed to run web apps, and made to play well on low-cost smartphones. The first few Firefox OS devices have featured pretty modes specs including small, low-resolution displays and limited amounts of memory. But they’ve also had low price tags, selling for less than $100.

Up until now, the easiest way to get your hands on a Firefox OS device has been to live in one of the European or Latin American countries where they’re sold. But soon you’ll be able to buy a ZTE Open phone with Firefox OS in the US and UK. 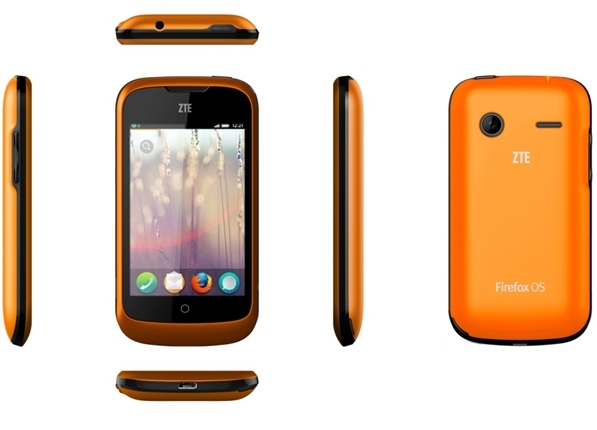 ZTE has announced it’ll start selling the phone through its eBay stores in those countries soon. The new orange-colored edition of the ZTE Open will be available exclusively through eBay, although it’s possible that the handset might be available in other colors from other retailers.

The best part of the ZTE Open is that it’s cheap. You’ll be able to pick one up for $79.99 in the US or £59.99 in the UK. That’s the price of an unlocked phone. It’s a GSM/HSDPA phone that should work on the T-Mobile and AT&T networks in the US.

It has 256MB of RAM, and 512MB of storage, a a microSD card slot and supports WiFi and Bluetooth, and features FM Radio and A-GPS.

Did I mention that it’s a budget phone? But it’s also a relatively inexpensive way to take Mozilla’s new Firefox OS for a spin.