Chinese phone maker ZTE has unveiled its latest flagship phone, and on paper the ZTE Nubia Z7 looks like a LG G3 for people who prefer their power and volume buttons on the side of the device instead of the back.

The Nubia  Z7 isn’t ZTE’s only new phone though. 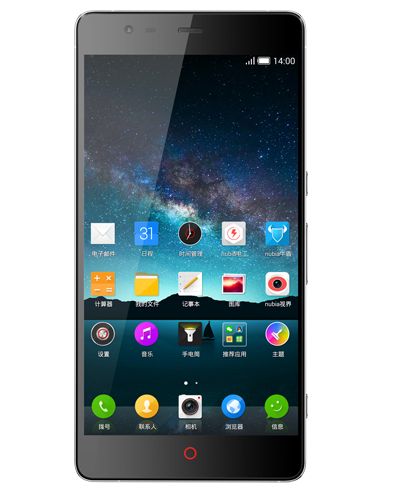 The company also unveiled two additional models: The ZTE Nubia Z7 Max and the ZTE Nubia Z7 Mini. Take both of those names with a grain of salt though… they may not mean what you’d think they mean.

For example the Nubia N7 Max is pretty much the same size as the N7, but it has a lower-resolution 1920 x 1080 pixel display and the camera lacks optical image stabilization. The rest of the specs are the same. It’s not clear why ZTE decided to give this 5.5 inch phone the “Max” name.

The ZTE Mini, meanwhile has a smaller screen than the other models… it’s just not much smaller. It has a 5 inch, 1920 x 1080 pixel display.

It also has mini-storage: this phone sports 16GB of storage instead of 32GB and it has a Snapdragon 801 processor, but it’s clocked at 2 GHz instead of 2.5 GHz.

The ZTE Nubia Z7 is expected to sell for about $550 in China while the Z7 Max will go for about $320 and the Mini has a list price of $240. It’s not clear if or when you’ll be able to get these phones internationally, but ZTE already sells some of its phones in markets around the globe.

via G for Games and GSM Arena