At around the same time, the company unveiled the 5.2 inch ZTE Axon mini, but up until now it hadn’t been widely available for purchase.

Now ZTE has announced that the Axon mini will be available in Europe and Asia for about $379 and up. 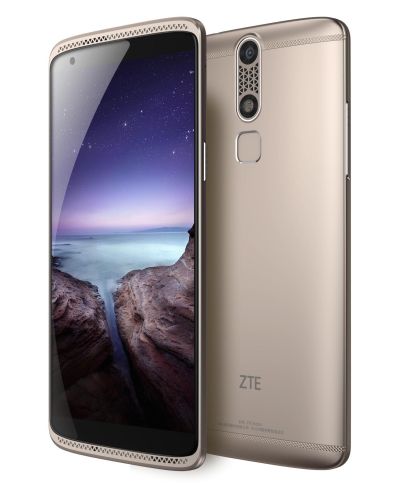 While this phone has a smaller screen and a lower-power processor than the ZTE Axon, it does have one feature its larger sibling lacks: a pressure-sensitive touchscreen that can use Force Touch technology to let you perform different actions depending on how much pressure you apply to the touch panel when you tap or hold the screen.

ZTE isn’t the only company to offer a pressure-sensitive smartphone screen. In September, Huawei launched the Mate S smartphone with Force Touch, and the iPhone 6s and 6s Plus have Apple’s new 3D Touch display technology.

The ZTE Axon mini features a Qualcomm Snapdragon 616 processor, 3GB of RAM, 32GB of storage, a microSD card slot for up to 128GB of removable storage.

THe phone has a 5.2 inch, 1920 x 1080 pixel display and a 13MP rear camera which ZTE says can automatically focus in just one tenth of a second. There’s also an 8MP front camera and a fingerprint sensor. The phone is powered by a 2,800 mAh battery.

The case is made of an aluminum-titanium alloy and TE offers color options including gold, silver, and rose gold.

ZTE also has a higher-priced Axon mini “Premium Edition,” but the company’s press release doesn’t really say much about what makes that version of phone different.