It’s been a rough few months for Chinese electronics company ZTE, but now that the US has lifted its trade ban on the company, ZTE is ready to start launching new products again… starting with the Axon 9 Pro smartphone.

The ZTE Axon 9 Pro should be available in Germany in September for 649 Euros (about $760). ZTE hasn’t announced pricing or release dates for other regions yet. 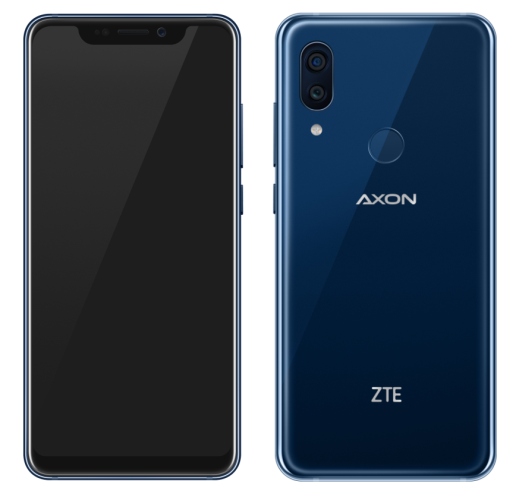 ZTE made a bit of a name for itself itself a few years ago by launching the original Axon, a smartphone with flagship specs and a $450 starting price. The market has gotten much more competitive since then, and it looks like ZTE is looking to distinguish its latest flagship in other ways… like by focusing on the display.

So what exactly is “Axon Vision?” ZTE says it’s a combination of things including support for HDR10 video, a dedicated display processing chip with MEMC (motion estimation, motion compensation) technology for smoother video playback, and optimized color tuning. The phone also has an RGB ambient light sensor that can be used to dynamically adjust the phone’s color temperature for the best viewing based on your environment.

In terms of more traditional specs, the phone has a 12MP + 20MP dual rear camera system with support for optical image stabilization. The 12MP lens has an F/1.75 aperture and a pixel size of 1.4 micrometers, while the 20MP camera has a 130 degree wide-angle lens.

The Axon 9 Pro has stereo speakers with Dolby Atmos sound, 3 microphones, and a fingerprint sensor on the back of the phone. It’s rated IP68 for water and dust resistance.