Just days after announcing that a WiFi-only version of its hotspot projector would be available this month, ZTE has introduced a 2nd-generation version of the SPRO smart projector.

The ZTE SPRO 2 has a bigger touchscreen display, a higher-resolution projector, and other improvements. 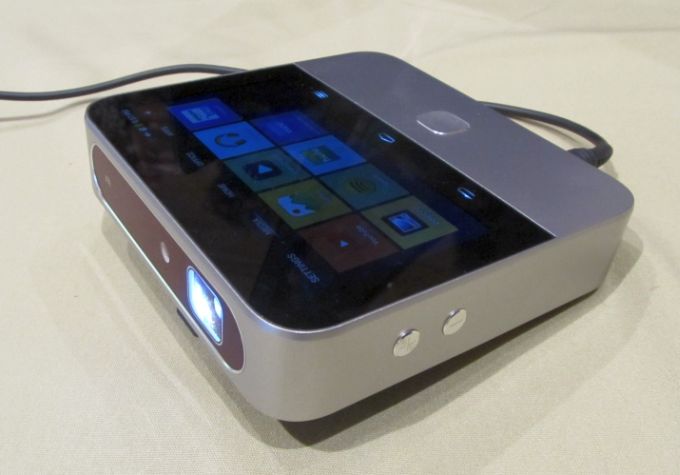 The new model projects at 1280 x 720 pixel resolution at up to 120 inches, supports automatic focus, and automatic key stone correction. The new model also has a 200 lumen bulb. Its predecessor topped out at 100 lumens and 800 x 480 pixels.

ZTE says the SPRO 2 will be available in the first quarter of 2015, but the company hasn’t yet announced the price.

It has a 5 inch touchscreen display and runs Google Android software, allowing you to fire up apps on the device itself and beam them to a screen. You can also pair the SPRO 2 with your phone or tablet to send content from your mobile device to the projector.

You can also play content from a microSD card, USB stick, or by connecting a device with an HDMI cable or through WiFi.

It features support for USB cameras so you can use it for making video calls.

Oh yeah… and like ZTE’s first hotspot projector (now sold in the US as the Sprint LivePro), the new model can function as a mobile hotspot. You can use it to share a 4G LTE connection with up to 8 devices.

ZTE hasn’t announced pricing for the SPRO 2 yet. We’ll probably find out more if and when a US wireless carrier decides to sell the hotspot projector.

Update: AT&T has announced it will offer the SPRO 2, but we’ll have to wait a bit longer to find out how much it will cost or when it will be available.