Notches may be the controversial smartphone design trend of the year. But it looks like ZTE is thinking about going all-in on an upcoming phone by including not just a notch at the top of the screen, but a second one at the bottom.

The Chinese device maker has submitted pictures of an unreleased phone called the ZTE Iceberg to the IF World Design Guide, where the phone is described as having stereo front-facing speakers (which helps explain the bottom bezel), wireless charging, and an all-glass body.

In fact, the glass design may be more distinctive than the top and bottom display cut-outs. 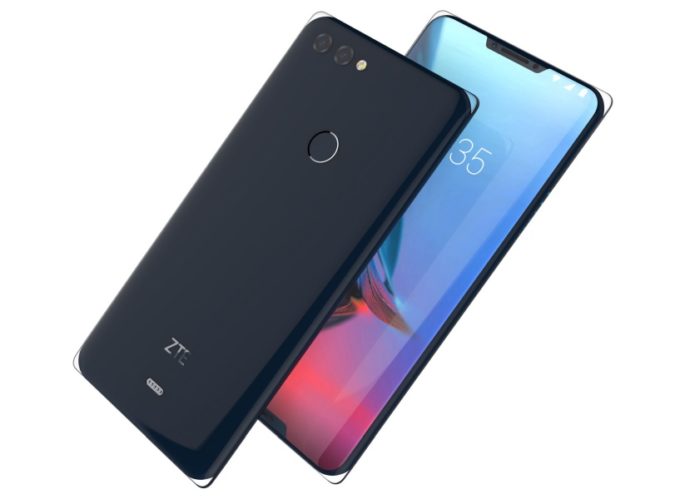 Plenty of companies have released phones with glass backs in recent years. But ZTE says the Iceberg “uses a seamless glass connection technique to combine two pieces of glass as one unibody.”

The four corners of the phone are transparent, to show off the glass design… and perhaps to remind you that this is a phone you might want to put in a case because the odds are not in your favor should you drop it onto the sidewalk. 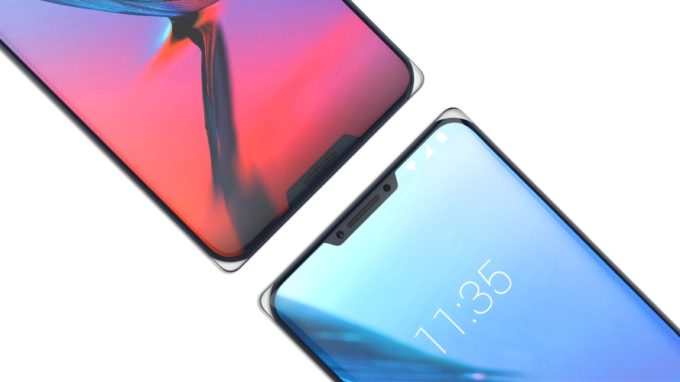 Anyway, it’s called the Iceberg because the company says the glass design makes it “resemble a fragment of ice.”

As for the bottom notch, I will say it does create a slimmer bottom bezel than you see on most phones, including most that have notches on the top. But it also poses the same problem: how will apps, videos, and images look when wrapped around this cut-out in the screen? One solution is to draw a black border in the display around the notch when viewing full-screen content, but that means you only get to take advantage of the extra screen space in limited situations.

ZTE says it plans to launch the phone sometime “after 2018,” so don’t expect to see the ZTE Iceberg on store shelves anytime soon.