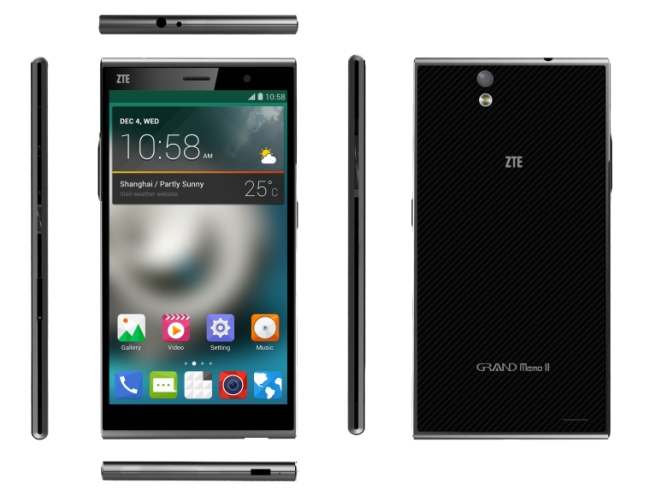 The ZTE Grand Memo II LTE features a 1280 x 720 pixel display and a Qualcomm Snapdragon 400 CPU, which puts it a few steps behind other big-screen phones on the market.

Other specs are pretty nice though, including 2GB of RAM, a 3200mAh battery, a 13MP rear camera, and 5MP front-facing camera.

The smartphone measures about 0.28 inches thick and comes with Android 4.4 KitKat software with the ZTE MiFavor 2.3 user interface and features 16GB of storage and a microSD card slot.

ZTE expects to launch the smartphone in China this April. It’ll be available in Europe, North America, and Asia Pacific regions later this year.