Chinese phone maker ZTE has unveiled its first handset to feature an Intel Atom Z2580 Clover Trail+ processor. It’s called the ZTE GEEK, and presumably the company is hoping it appeals to Geeks… or something.

It certainly looks good on paper, thanks to a 2 GHz Intel 32nm processor, a 2300mAh battery, and a 5 inch display. But it lacks some of the features competitors are including in their latest superphones. 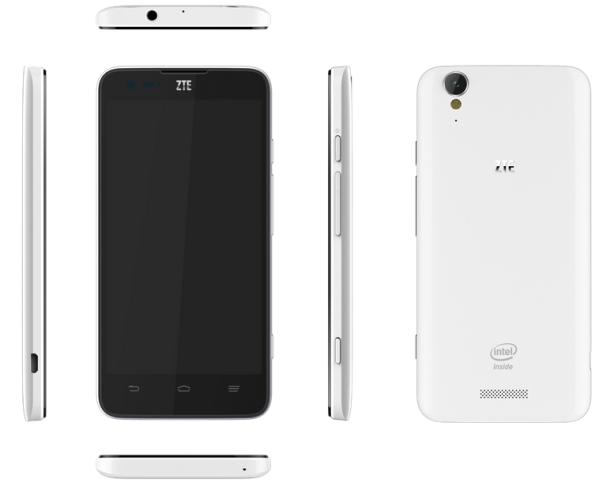 For instance, the ZTE Geek has a 1280 x 720 pixel display at a time when 1080p smartphone screens are becoming common. It has 1GB of RAM while many top tier phones have twice as much. And the 8GB of built-in storage seems a bit light for an Android phone these days.

The ZTE GEEK has an 8MP rear camera and a 1MP front-facing camera and runs android 4.2 Jelly Bean.

There’s no word on whether the ZTE GEEK will be sold in the US. It’s not the only Chinese phone to sport an Intel Clover Trail+ processor though. Lenovo’s K900 smartphone has the same CPU, but it also has a higher resolution display and a 13MP camera.