As smartphone makers have been moving toward nearly bezel-free smartphones, they have to figure out what to do with the components that you’d normally squeeze into a bezel, like cameras.

So far the most popular solution has been to put a notch in the display. More recently, some phone makers have removed the bezels and put camera holes in the screen instead. Others have developed pop-up camerashttps://liliputing.com/2018/08/lilbits-332-slide-out-cameras-are-officially-a-thing.html or phones with screens that slide down to reveal cameras.

Two new designs from ZTE show rather unusual approaches. It’s unclear if either will ever see the light of day, but ZTE submitted the new concepts to the IF World Design Guide. 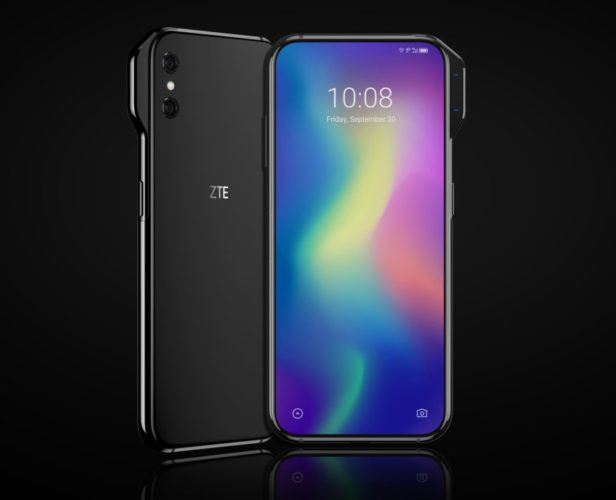 The ZTE Axon V is a phone with slim bezels… and a set of front-facing cameras that extend from the top right side of the phone. According to the description, the phone would have a 6.8 inch, 21: aspect ratio OLED display, while the cameras along the side wold enable 3D image capture for things like face recognition.

ZTE says one side effect of moving the cameras to the side of the phone is that there’s more room inside the main body of the Axon V for a large battery.

The ZTE Axon S, meanwhile features a slider-style design. But instead of a screen that slides down to reveal the camera system in portrait mode, it slides down in landscape orientation.

Both the front and rear cameras are normally hidden until you pull out the slider. With the addition of an in-display fingerprint sensor, that means you see nothing but a solid surface on the back of the phone, and nothing but the LCD screen (well almost nothing, there’s a 95 percent screen-to-body ratio). 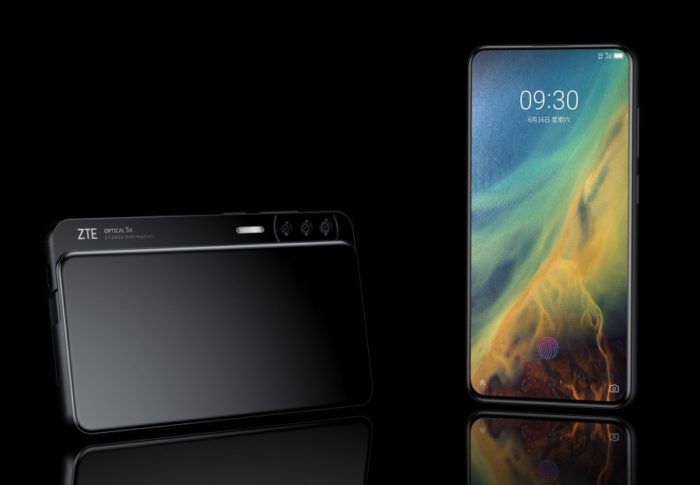 Slide out the camera section and you get dual front-facing cameras, and there are three cameras on the back with support for 48MP image capture and up to 5x optical zoom.

Again, it’s unclear if or when the company will actually release these phones. But it’s always nice to see some outside-of-the-box thinking… even if it’s not clear how practical (or attractive) some of these solutions may be in the real world.