The ZTE Axon Pro is a premium smartphone with a sub-premium price tag of $450. It’s received generally positive reviews since launching this summer. But the phone lacks a few features that some users may be looking for, including a fingerprint sensor and a microSD card reader. 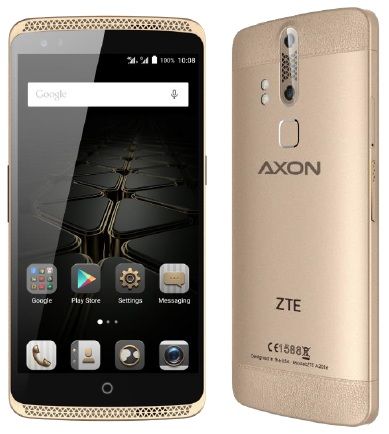 ZTE is showing off the Elite at the IFA show in Germany this week. While it has the same basic design as the Axon Pro, it has a few key differences, including:

Other specs remain largely unchanged, including a 5.5 inch display, a Qualcomm Snapdragon 810 processor, 32GB of storage, a 13MP rear camera plus a 2MP secondary camera, and an 8MP front-facing camera.

It’s interesting that the “Elite” model has a lower-resolution display and less RAM, but the change in screen resolution could lead to improved battery life, while the difference between 3GB and 4GB of RAM probably won’t make a huge difference in performance at a time when many Android phones have 2GB or less.

The ZTE Axon Elite should be available in Europe at the end of September for 419 Euros.

via Android Central and Les Numeriques