Zotac’s ZBOX line of compact computers pack the guts of a desktop computer into a relatively small space… although some spaces are smaller than others.

The new Zotac ZBOX Q family of desktops measure about 8.9″ x 8″ x 5″. That makes them pretty small compared to a typical desktop tower PC, but pretty big compared to one of the company’s pocket-sized ZBOX Pico mini PCs. The Q series packs a lot more power though. 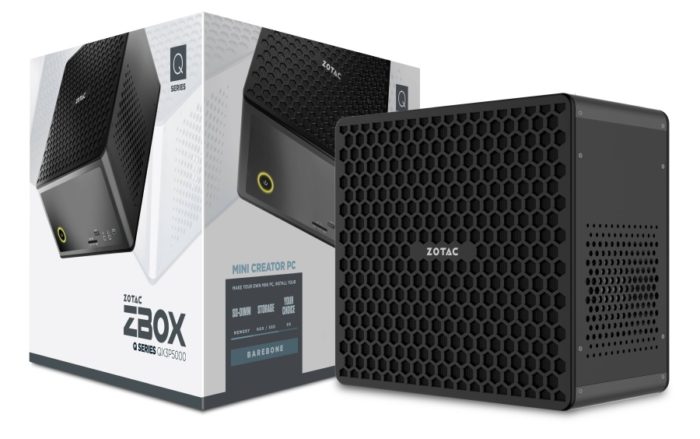 Both models feature support for up to four 4K displays with 60 Hz refresh rates plus an array of I/O options including:

Under the hood, there are two SODIMM slots that can each handle up to 32GB of DDR4-2666 RAM (for a total of up to 64GB), and an M.2 slot for PCIe NVMe or a SATA III solid state drive. There’s also a 2.5 inch drive bay for a hard drive or SSD and support for Intel Optane memory.

Zotac hasn’t announced a price or release date yet, but this is actually the second time the company has unveiled the QX3P5000. I got an early look at it during the Consumer Electronics Show in January.