Both of those are 65 watt, 9th-gen Intel Core “Coffee Lake” processors.

And both computers measure about 7.3″ x 7.3″ x 2.7″ which means that they may be bigger than an NUC… but they’re smaller than a breadbox, and a lot smaller than a typical desktop computer. 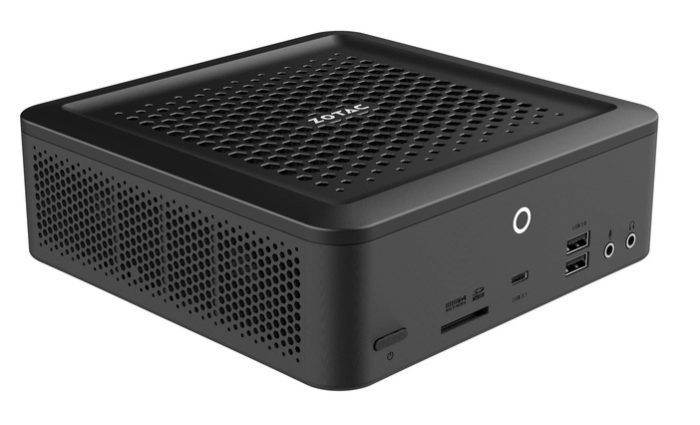 As far as I can tell, the new Zotac ZBOX M-series computers aren’t available for purchase yet, but they both showed up on the Zotac website recently.

There are also dual antenna connectors and support for 802.11ac WiFi and Bluetooth 5.0.

Zotac describes the computers as “whisper quiet,” but they won’t be completely silent, since the chassis isn’t large enough to allow passive cooling of a 65 watt processor. Instead, the ZBOX MI554 and MI574 feature a combination of a fan and heat sink solution and a chassis with a lot of ventilation.

There’s no word on pricing for the new models yet. But a barebones, previous-gen Zotac ZBOX MI553-U with a 45 watt Intel Core i5-7300HQ will currently set you back about $350.