Zotac added a fanless option to its line of compact desktop computers a few years ago. But this year the company is updating its C series line of computers with passive cooling with a new chassis featuring a larger heat sink and improved airflow, with open ventilation included on 90 percent of the computer’s surface area.

That means the new CI600 nano series computers are larger than previous-generation models. But Zotac says the new models offer up to 66 percent better cooling, enabling support for chips with up to a 25 watt TDP.

The company showed off a ZBOX CI660 nano at CES earlier this year. But it turns out that’s just one of several new CI600 series computers coming soon from Zotac. 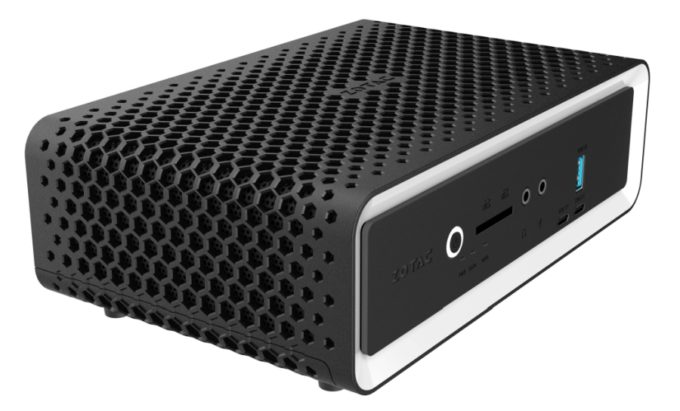 But there are 6 different models/configurations on the way: