Zotac unveiled a new small form-factor PC with NVIDIA graphics in March. At the time, all we saw was a picture of the top of the Zotax ZBOX EN980 with vents built into the case to help keep the system from overheating.

But if you were wondering how Zotac managed to cram an Intel Core i5-6400 processor and NVIDIA GeForce GTX 980 graphics into a case that measures just 9″ x 8″ x 5″ there are two answers: First, the computer uses the laptop version of that graphics card, and second, the case is outfitted with a liquid cooling system. 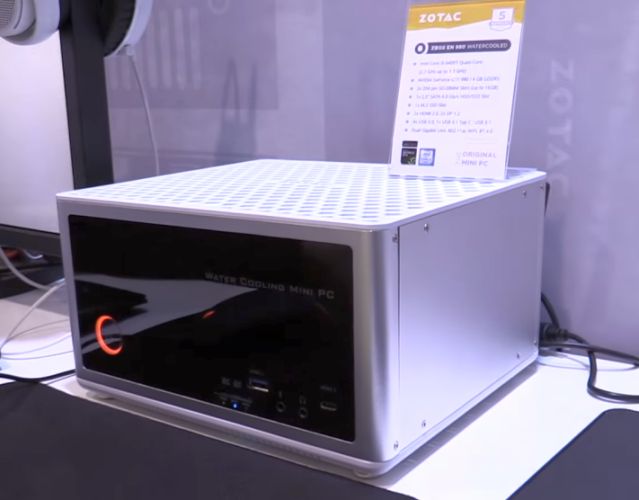 German site NewGadgets.de posted a video this week showing the water-cooled case, and a little more searching turned up a PC World article from a few months ago for folks that would prefer an English-language video.

In addition to the liquid cooling system, the ZBOX En980 has a 120mm radiator and a fan. It has a 2.5 inch drive bay and M.2 slot for storage, two DDR3 SODIMM slots for memory, and a socketed CPU (although you’ll need to perform some surgery on the tightly-packed computer to actually remove and replace the processor).

As you’d expect, this ZBOX is a bit taller than many of Zotac’s other mini PCs. The cooling system takes up a fair amount of space. But this system should also provide higher-performance graphics for gaming or other GPU-heavy tasks. 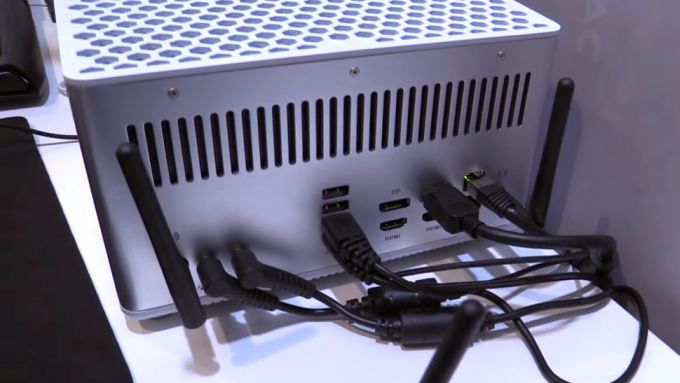 Other features include a USB 3.1 Type C port and USB 3.1 Type A port on the front, four USB 3.0 ports on the back, two DIsplayPort and two HDMI ports, dual Gigabit Ethernet ports, 802.11ac WiFi, an SD card reader, and mic and headphone jacks.