Zotac has been offering a line of tiny desktop computers for a few years. Up until recently most feature low power Intel Atom or AMD Fusion processors, but this month Zotac unveiled new models with Intel second-generation Core i3 Sandy Bridge processors. 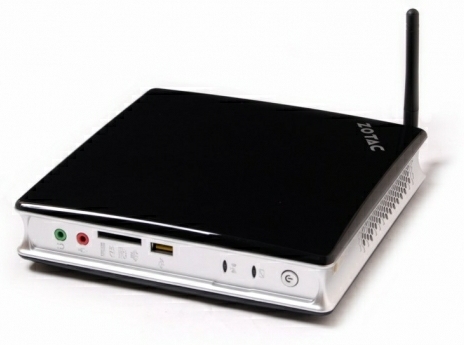 In other words, the Zotac ZBOX ID82 isn’t just a mini-PC aimed designed for people looking for a computer for light-weight duties or multimedia playback only. It’s a full-fledged PC capable of replacing your desktop.

Sure, the Intel Core i3-2330M isn’t the most powerful CPU on the market. But it’s a 2.2 GHz, dual-core, 64-bit chip with 3MB of cache and Intel HD 3000 graphics. It’s designed for laptops, which means it’s more energy efficient than most recent Intel desktop chips, but if you have a laptop that’s a few years old, odds are the Zotac ID82’s processor is way faster.

Like most members of the Zotac ZBOX family, the ID82 ships without an operating system, but Zotac will offer at least two models. One will come with memory and a hard drive while the other lacks those components, letting you build your own PC.

Prices for the new mini-PC models haven’t been released yet, but all three new desktops should be available for purchase soon.