Zotac’s latest ZBOX computers may look like nettops… and they kind of are. But the new ZBOX ID42 and ID83 mini-desktop computers feature Intel Celeron and Core i3 chips, respectively instead of lower power Atom processors. 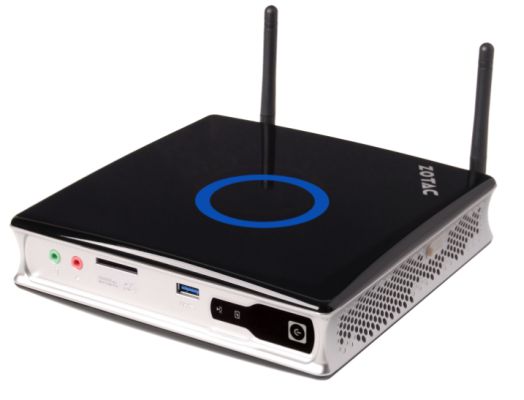 Like other members of the ZBOX family, the ID42 is available both as a barebones system and in a “plus” configuration with memory and a hard drive.

Most of the other specs look the same as those for the ID42, including HDMI, DVI, and other ports, but thi smodel has 4 USB 2.0 ports and 2 USB 3.0 ports.

It will also be available with or without memory and a hard drive.