Zotac is launching one of the first tablets based on NVIDIA’s Tegra Note reference design. The upcoming Zotac Tegra Note 7 features a 1280 x 800 pixel display, an NVIDIA Tegra 4 quad-core processor, a stylus, and Android 4.2 software.

Zotac is positioning it as a gaming tablet, and while pricing and availability haven’t been announced yet, tablets based on NVIDIA’s design are expected to retail for as little as $199. 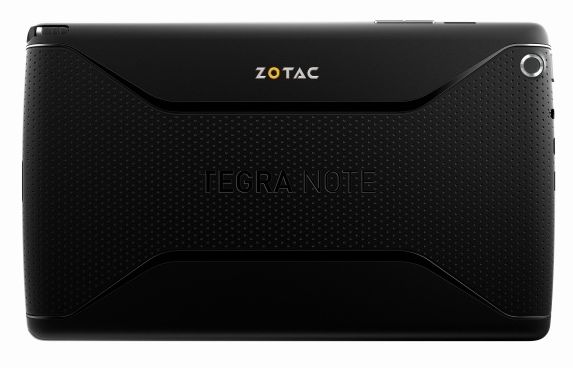 The tablet will come with a few games pre-loaded, including Zen Pinball THD and Eden to Green.

Zotac is probably best known for making computer components such as motherboards and graphics cards, and the company already has a relationship with NVIDIA through work on those products. But Zotac has also been offering its own desktop computers (most with small form-factor cases) for the past few years.

The Zotac Tegra Note 7 is the company’s first consumer tablet — it just happens to have been designed by someone other than Zotac.

Other companies including HP and PNY are expected to bring tablets based on NVIDIA’s design to market soon, with some companies taking steps to hide their tablets’ NVIDIA roots, and others not-so-much.