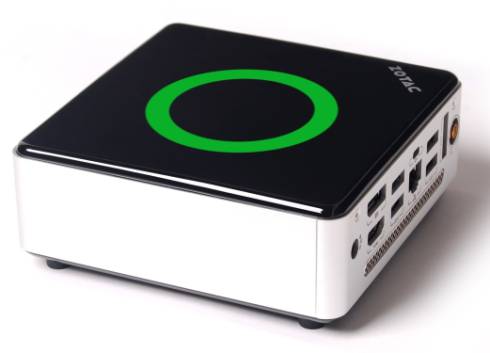 The computer has a single 2.5 inch hard drive bay and space for one stick of DDR-1066 204-pin RAM. Zotac will offer a barebones version of the nettop as well as a ZBOX nano AD10 Plus model that comes with 2GB of memory and a 320GB hard drive. Both models support Windows 7 as well as other operating systems, but neither comes with Windows preloaded.