Zotac is adding two new gaming machines to its line of mini-desktop computers. The new Zotac ZBOX EI730 and EI750 made their first appearances at the Consumer Electronics Show in January, but they’re getting an official coming out party two months later at the CeBIT trade show in Germany.

Each computer is a small desktop PC that’s about the size of a Nintendo Wii. But these little guys are full-fledged PCs with Intel Haswell processors, Intel Iris Pro graphics, and support for 4K displays or two 1080p displays. 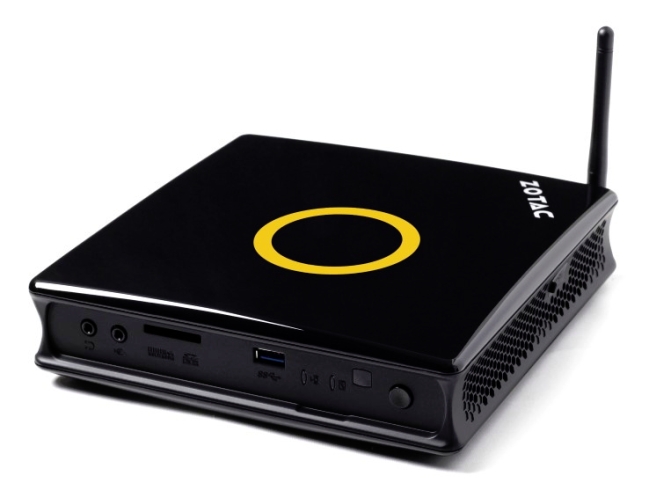 The only real difference between the desktops  is that the EI730 model features an Intel Core i5-4570R quad-core processor while the EI750 has a faster Core i7-4770R processor.

Both feature Intel’s Iris Pro 5200 graphics technology which is said to be on par with a (relatively cheap) discrete graphics card.

The little desktops support up to 16GB of RAM and there’s a 2.5 drive bay for a solid state drive or hard drive. Zotac will offer the systems as barebones machines. There are also Plus models which will come with 8GB of memory and 1TB of storage.

Each model has 2 Gigabit Ethernet jacks, 4 USB 3.0 ports, built-in 802.11ac WiFi, Bluetooth 4.0, optical S/PDIF, SATA III and mSATA connectors, and while neither machine will ship with an operating system, they both support Windows 7 and later.