Zotac is holding a 10th anniversary event in Hong Kong this week, where the company is holding a gaming tournament and launching several new products… including its most powerful mini PC to date, and an updated version of the VR-ready PC-in-a-backpack that Zotac introduced earlier this year.

The Zotac Magnus EN1080 10 year anniversary edition is a compact gaming PC equipped with an Intel Core i7 Skylake CPU and NVIDIA GeForce GTX 1080 graphics, while the new VR Go Backpack is a wearable computer with GeForce GTX 1070 graphics and a hot swappable, 2-battery system. 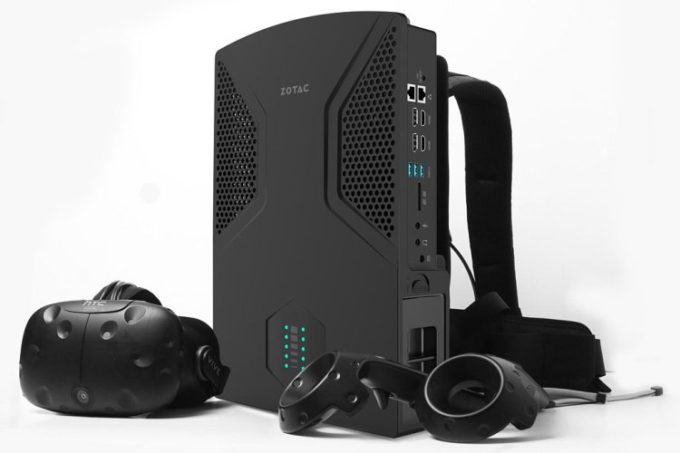 The Zotac VR Go backpack PC weighs just under 10 pounds and features two 9,000 mAh batteries. When one battery runs out of juice you can take it out and replace it without rebooting the computer, because the second battery will keep things running.

Zotac was one of the first companies to announce a backpack PC this year, but the company isn’t alone in this space. MSI, Dell, and HP have also shown off similar concepts.

The idea would have seemed kind of crazy a few years ago, but it’s an interesting solution for a modern problem: how do you plug an Oculus Rift, HTC Vive, or other VR headset into your PC without tripping over wires once the headset is covering your eyes? Make sure there are no wires on the floor… because they all just go to the gaming PC on your back.

Zotac still hasn’t announced a price or release date for the gaming backpack PC yet. 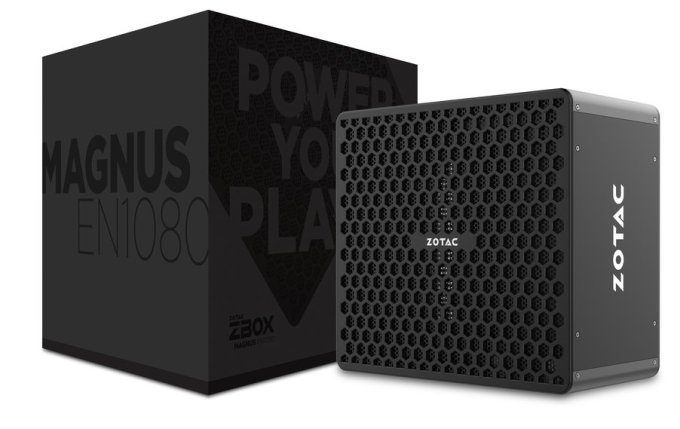 The company’s new Magnus gaming desktop is basically the top-of-the-line version of the Magnus 10 family that recently launched.

Like the VR Go, the Magnus 10 anniversary edition has 2 DisplayPort 1.3 and 3 HDMI 2.0 ports and support sup to 4 displays. It also has room for a PCIE x4 SSD and/or a 2.5 inch drive and sports a good range of ports, including:

Everything is packed into a case that measures 8.9″ x 8″ x 5″, which makes this computer a bit large for a Zotac mini PC, but pretty small for a powerful gaming system.

To keep things from overheating, the Magnus EN1080 features a liquid cooling system and plenty of ventilation.

via Tom’s Hardware and VR focus