Zotac is adding two new computers to its ZBOX Nano lineup. But unlike most of the company’s mini PCs, these won’t feature x86 processors and ship as barebones systems. The new models are powered by ARM chips and will ship with a choice of Android or Ubuntu Linux software.

They’re expected to launch in the US in the second quarter of 2014, and while the pricing hasn’t been finalized yet, they’ll likely sell for more than $100, but less than $150. 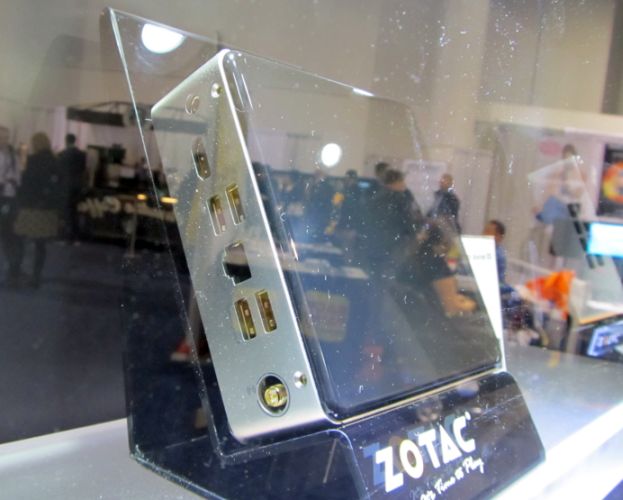 Right now the Android model runs Google Android 4.0, but an Android 4.2 update is in the works. The Ubuntu model will ship with Ubuntu 12.04, but I suspect there won’t be much stopping you from upgrading to a newer version of the operating system.

Freescale’s i.MX6 processors have been around since 2012 and aren’t exactly the highest performance ARM-based chips around. But Freescale offers plenty of documentation for its chips, which has enabled developers to support Ubuntu and other Linux-based operating systems.

22 replies on “Zotac to launch mini PCs with ARM chips, Android or Ubuntu for under $150”